The Measure Of A Man

Our gourmet subs were just nominated as one of Massachusetts favorite sandwiches. We thank all of our customers who voted for us and feel that it’s important to share the inspiration behind this Frigo favorite. It’s a story of a towering man with a huge heart, a veteran of both WWI and WWII- Joe’s grandfather and namesake, Papa Joe.

Papa Joe joined the army at 14 and was immediately stationed in Siberia. He had made up his mind that the army was a better deal than learning long-division in school. That’s right… he chose Siberia over sitting through a math lesson.

After he returned from the service he served as a body guard to President Coolidge and became enamored with current affairs. Daily surveillance of the Wallstreet Journal and the New York Times made him successful in the Stockmarket and an advisor to his children.

In the 90’s it was Papa Joe who suggested Frigo’s start using a fax machine- he had read that New York City delis were faxing local businesses their daily lunch specials. The store fax machine made local news and that, with the creation of the 5ft sub (another one of Papa Joe suggestions) were instant successes, solidifying Frigo’s place as a lunchtime favorite for the greater Springfield area.

The Frigo legacy is continuously guided by Papa Joe’s belief that if you work hard in life, everything else will fall into place. With or without the use of long division. 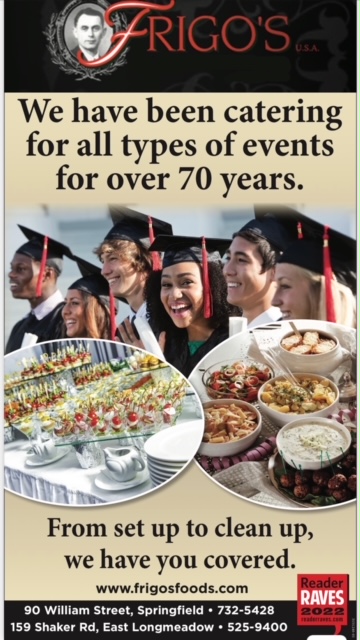